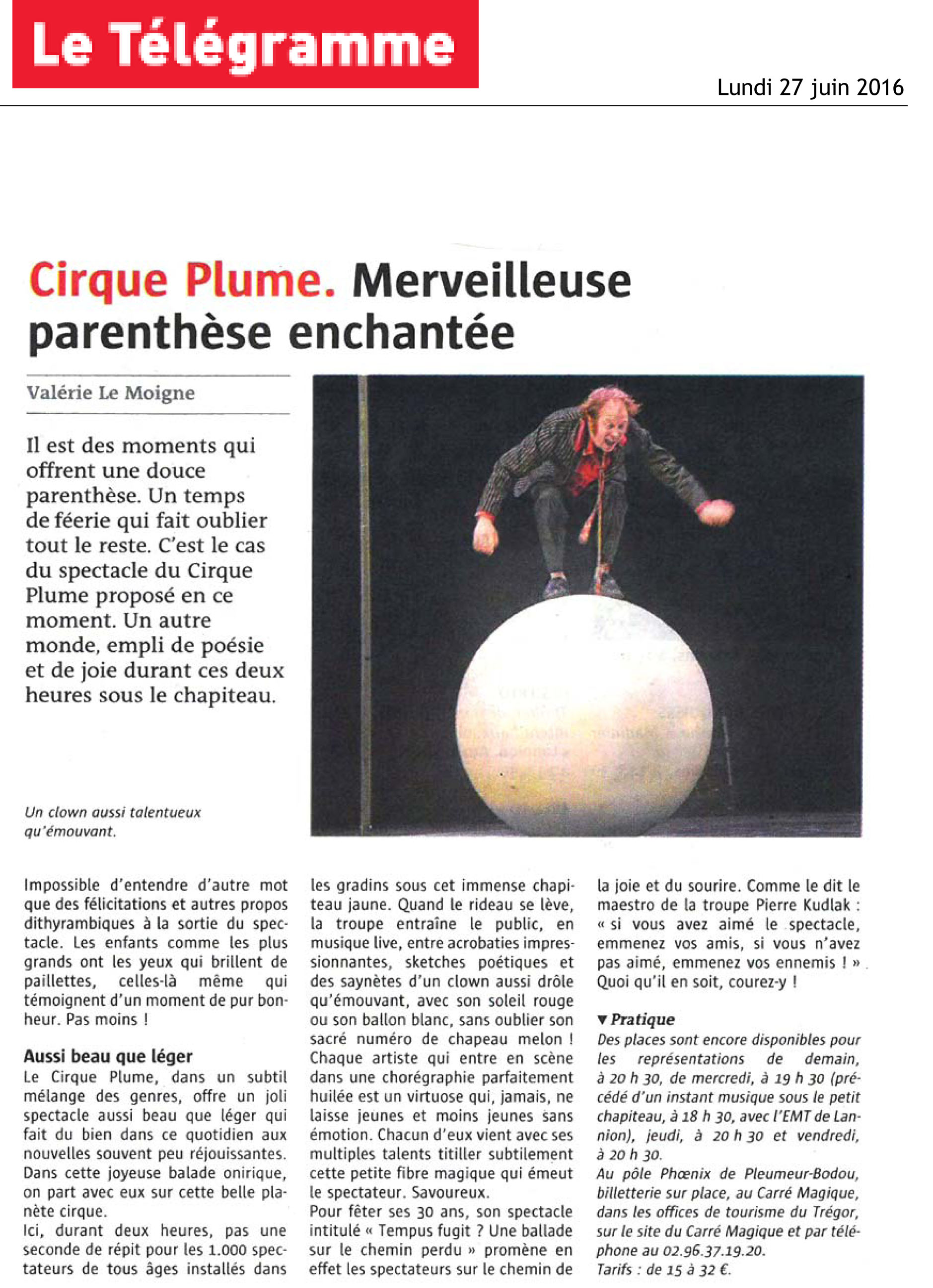 There are moments that offer sweet parentheses. Enchanted times that make us forget all the rest. This is the case of the show that Cirque Plume is currently performing. We find another world, filled with poetry and joy, during those two hours under the big top.

It was impossible to hear any other word than congratulations and other dithyrambic remarks upon leaving the show. Children as well as grown-ups went out with glittering eyes, testifying to a moment of pure happiness. Nothing less!

As beautiful as it is light

The Cirque Plume, in a subtle mix of genres, offers an appealing show that is as beautiful as it is light. It feels good to report on it here in this daily paper beside such frequent unhappy news. In this joyous and dreamy balade, we embark with them on the beautiful planet of circus. Here, for two hours, there is not a second of respite for the 1,000 spectators of all ages who are settled in the bleachers in this huge yellow big top. When the curtain rises, the troupe lures the audience in with live music, impressive acrobatics, and poetic sketches, as well as skits by a clown who is as funny as he is moving, with his red sun and his white ball—and let’s not forget his bowler hat! Every artist who comes on stage in this perfectly well oiled choreography is a virtuoso, never leaving anyone—young and not-so-young—unmoved. Each of them brings multiple talents and subtly titillates this magic fiber that touches spectators. Scrumptious. To celebrate its 30th anniversary, the troupe’s show, entitled “Tempus fugit? Une ballade sur le chemin perdu” takes spectators on a path of joy and cheer. As the troupe’s maestro Pierre Kudlak says: “If you liked the show, bring your friends. If you didn’t like it, bring your enemies!” Whatever the case, run!